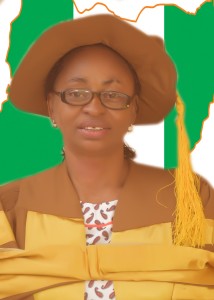 The Professional Diploma in Education (PDE) Programme was introduced in 2009 but did not kick off smoothly from the former Teachers Training College (TTC) Programme to Professional Diploma in Education, but the PDE Programme officially started in Federal College of Education (Technical), Umunze in 2010 with Dr Martins-Umeh, N.F as the first Director/Coordinator from 2010 – 2013. Dr. S.C. Unigwe was the second substantive Director/Coordinator from 2013 – 2015 and in 2015 academic session  Dr S.C. Ezeh took over as the third Director/Coordinator of PDE. In December 2017, Dr. Udegbe G. I. was appointed Coordinator PDE/TRCN for the 2017/2018 academic session.
In 2009 and 2010 sessions the newly introduced PDE programme inherited nine (9) and fifteen (15) students respectively from the former TTC while in 2011, PDE Students were 39. The population increased to 41 in 2012, and then in 2013 they were 31. In 2014, they were 39 students while in 2015/2016 they are 48 in number. The programme has been accredited by the Teachers Registration Council of Nigeria and it is a full year calendar programme of two semesters.

The PDE is developed along current trends in quality teacher education and that of specialization. The features of the PDE therefore include, among others;
It is based on and allows specialization;
It promotes professionalism through specialization;
It allows flexibility both of time and location;
It will locate teacher education in states and be more cost-effective;
It will raise the level of state participation in teacher education;
It will fast-track the production of more teachers critically required for the Nigerian Education system.
It allows TRCN to intervene to ensure that teachers in professional field (e.g. those in Nursing, Legal, and Military etc. Education) attain the necessary pedagogical standards.
It will raise the quality of teachers and consequently or instruction,
It can be used as both pre – service and in – service teacher training/re-training curriculum.